Aotaha is a word in the Polynesian language of Bellona and Rennell Islands, which means: “Early Morning”. Aotaha Cave Lodge is located at the Eastern end of Bellona Island, where the early morning sunrise greets the island. 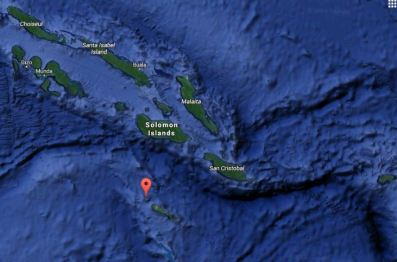 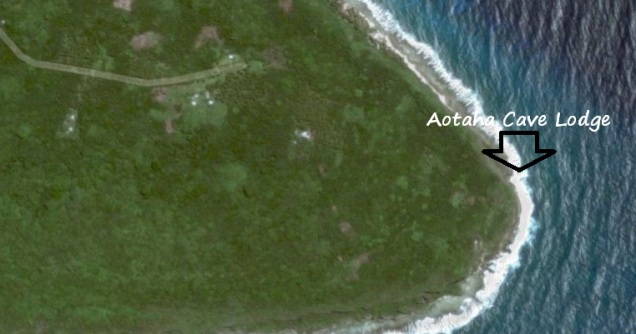 The lodge is part of a chain-of-caves, known as Naa ‘Aanaa, which means The Caves.  The caves are lacing the rugged coastal steep hills of Aotaha precinct.

For generations, the caves were only visited by traditional owners, relatives and a few physically fit and able villagers, who could accessed the caves by sea or climbing down from the top of the steep cliff. In most cases, landowners used one of the caves during fishing trips or as a hide-out during storms and tribal warfare.

On other occasions, teenagers would irregularly visited the place out of curiosity to get a glimpse of the place and at times to catch a type of bird, known locally as Kanapu, which used the caves as nesting places. Most of the caves remain in the same conditions as they were prior to the arrival of Christianity on the island in 1938.

Establishment of the lodge

Not until 1984, the owner of the caves and Paramount Chief of the Pangangiu Tribe of East Bellona, John Tay Taungenga and wife Nita Tai’usi with their young children, began clearing an existing track through the jungle to build a proper pathway down to the caves.

Even then, the access bush track was dangerous for unfit villagers as it was a steep climb down the rugged cliff, which prevented the public from visiting the caves.

In the early 1990s, the family began an audacious task of building steps down the steep rugged mountain cliff to reach the cave. Since the completion of the pathway, it enables the public, especially tourists, to access one of the caves.

As of now, the cave has been fitted with basic facilities to cater for local and international visitors, who are regularly visiting the lodge. One of the major attractions of the lodge is its reclusive, serene, unique and authentic living environment. It is so different.

If you are an adventurer, who longs to travel and spend time in an exotic destination then come to Aotaha Cave Lodge. Life will unwind here with less efforts. This lodge is located in one of the less traveled destinations in Solomon Islands, let alone the Pacific Islands region and the world.

Bellona Island, which is known to our indigenous population as Mungiki, is a high-raised-atoll that prevented it from being swamped by the often rough and ugly open ocean. The natives of the island and her neighbouring island of Rennell, also known as Mughava, are an ethnic Polynesian minority of the Solomon Islands. The two islands are often referred to in the country as the ‘”Polynesian outer-islands of the Solomons”.

The aerial view of Bellona Island

The island of Mungiki or Bellona has a population of less than 2,000 who are residing in cluster of small villages along the main road from one end of the island to the other. Every village is accessible by one main road.

There is no major presence of the provincial and national governments in the island except for a few government subsided services such as a clinic, a domestic airport, two primary and one community high schools. There is one privately ran primary school with two K-schools. The island has no major economic hub or urban center.

Bellona has no public or school library. Villagers speak their mother tongue: Te Hengeunga Mungiki ma Mughava as their first language before Pijin and English as second and third languages. English is generally understood by villagers, but it isn’t a spoken language.

There are no electrical and landline telephone services on the island, except for a recently built mobile phone tower in 2007, which is now enabling villagers and travelers to use mobile phones. Since 2006, a national government subsidized nation-wide project provided free portable solar panels for some villagers. But in many cases, the majority are still using lamp.

There is no banking, internet cafe and landline telephone facilities at Aotaha and the island of Bellona. But you can use smart and iPhone with G3, G4, G5 roaming networks to make international and local calls, text, viber, internet and Facebook in areas closer to the mobile satellite tower in the center of the island. USB charging ports are also available for tablets (iPad, iPhone, Samsung) and Laptops; convenient for reading and journal.

People are still living in subsistence lifestyle of gardening, fishing, hunting and food gathering with a blend of modernization through small shops in some villages selling basic food stuff and household goods.

Transport to the island 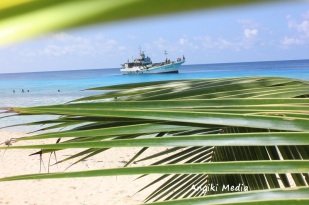 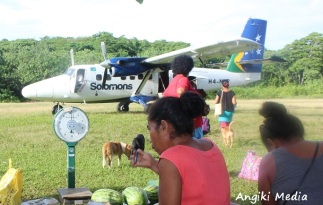 Bellona Island is located about 100 nautical miles or 170,000 kilometers south of Guadalcanal Island, Solomon Islands and North of Queensland (QLD), Australia. The climate is summer all year, and hot and humid, but slightly cold between May to August annually. So travel with light clothing.

Free of malaria and dengue fever

The island has no malaria or dengue fever. And it is ideal for outdoor camping as there is no poisonous insects or animals for people to fear. Just bring an insect repellent just for precaution.

Bellona Island is one of the most peaceful places on earth. It has a zero crime rate annually. There is no fencing of houses and properties. Village houses are opened 24/7. Children, women and men, regardless of their age group, can walk freely around without fear for their safety 24/7 – day and night.

Guests who had braved the distance to travel from Europe, Australia, New Zealand and other parts of the world to reach Aotaha, have never disappointed themselves. Read the testimonials via our Facebook.

The island main transportation is bicycle. There are three vehicles for hiring on the island, but 90% of the islanders walk everywhere. Guests who had spent holidays on the island have often left with fond memories of their unique experience and the simplicity of life.

Aotaha is a family owned operation where staff provides basic services and give their best without faking their hospitality and smile.

Guests, who are willing to go to church on Saturday or Sunday, the host will make arrangement for you to attend church. For none Christians, you are welcome to join.

Aotaha is a place where life is simple, and the environment is authentic, serene and real.